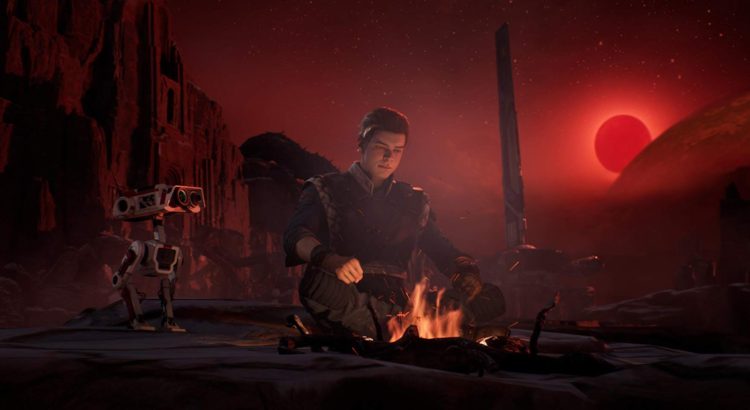 It’s really refreshing to see this one staying alive and actually available to pre-order now. AND it looks like it’s going to be a good game. That’s definitely something to get excited about.

So, what new news do we have about Fallen Order so far this week? Well, for one, it’s making waves as one of the most pre-ordered games from E3 (no surprise there, honestly).

GameStop announced the top 10 most pre-ordered video games from E3 and Jedi: Fallen Order made #7 on that list. Another reason we might have seen that surge in pre-sales is that it’s going to be story-based (like SWTOR) and it won’t have micro-transactions (like Battlefront 2). It really has a traditional feel to it that I think appeals to a lot of us as Star Wars gamer fans.

The developers have also told us the game will be canon. It is set between the events of Revenge of the Sith and A New Hope, so the characters who appear will be from that era. This also means that whoever appears will need to do so in a way that doesn’t contradict the events of the movies.

What else do we know about the game from this past week? Well for one, we’ve learned that players will be able to set the difficulty level of the game. Jay Ingram had this to say:

Personally, I think this is great! They can appeal to more people by allowing you, the player, to customize the game to suit your playstyle and desire. Not everyone on Twitter was loving it, however. What do you think?

Join the forum discussion on this post
10
SHARES
ShareTweet

Lisa has been an avid gamer since she was old enough to hold her first controller and a game writer for more than a decade. A child of the Nintendo generation, she believes they just don’t make games like they used to but sometimes, they make them even better! While consoles will always be her first love, Lisa spends most of her gaming time on the PC these days- on MMOs and first-person shooters in particular.