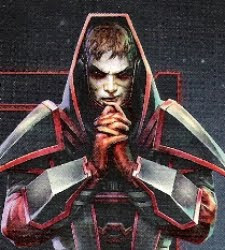 Fans of BioWare’s much-anticipated MMO Star Wars: The Old Republic received some good news today with a reveal of the game’s final two classes: the Jedi Consular and the Sith Inquisitor.

A Jedi Consular (also called a Jedi seer) is, like all Jedi, skilled in battle, but rarely entered combat, preferring to study the mysteries of the Force. In Star Wars: The old republic the Jedi Consular is a support class specialized in healing, but with ranged offensive capabilities as well.

The Sith Inquisitor is a secret division of Imperial Intelligence consisting of dark side Force-sensitive agents known as Inquisitors (sometimes also as Inquisitioners), or “truth officers”. not surprisingly in Star Wars: The Old republic it is primarily a damage dealer.
It seems the first word of the Jedi Consular and Sith Inquisitor classes came from a fan translation at Star Wars MMO.net of the German magazine “PC Games”.
Now, it’s not official-official, but When You see a page like the one below, it’s more than halfway there. I’ve heard several commentators in the past talk about how they were absolutely, positively sure the final two classes would be Force-users, and I’d keep biting my tongue from going on verbal rampages about how stupid that would be. That you’d create a Star Wars MMO where fully half of the 8 classes were more or less the same class, just with slightly different magic and various types of laser-swords.
Edit:
The classes were confirmed earlier today by SWTOR Community Manager Sean Dahlberg who wrote: “Fans of Star Wars: The Old Republic will be in for a treat this week! Several magazines in North America and Europe will have articles that not only talk about The Old Republic but also reveal our final two classes: the Jedi Consular and the Sith Inquisitor!” 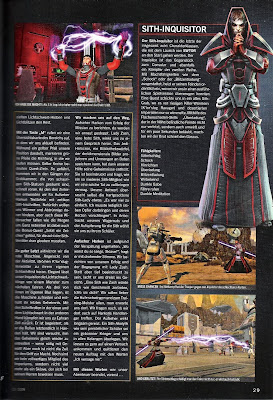