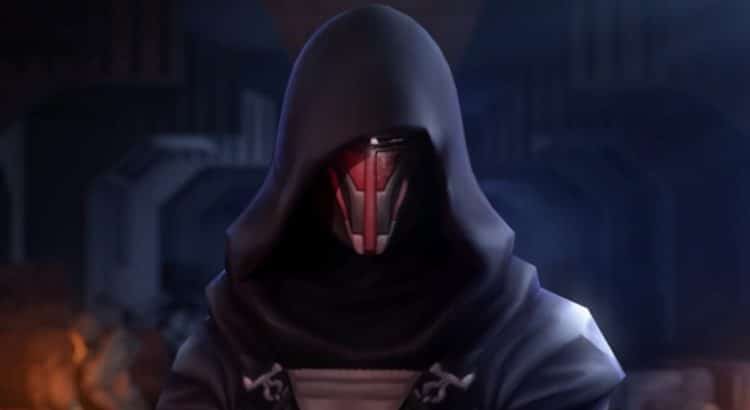 Are you ready to face the Old Republic with Darth Revan? You will need the following characters in an upcoming event:

It will be a very difficult task to reclaim the Sith throne. Once you complete your journey to the Dark Side, reworks for HK-47 and Fallen Bastila Shan are on their way and ready to help Darth Revan become an incredibly powerful Sith leader.

“When they left after the Mandalorian Wars ended, they were Jedi. When they returned… they were something else.” – Carth Onasi

Have you heard the tale of the Jedi who left to investigate the rumors of a Sith Empire and returned as a Sith Lord? After using the star forge to create a massive fleet, Darth Revan has returned to crush the Republic and defeat the Jedi once and for all. Darth Revan is a powerful Leader who ruthlessly drives a team with a new buff, Ferocity, which sacrifices Defense in favor of more Offense. Darth Revan is particularly adept at defeating enemy Leaders while striking a new debuff, Fear, into the hearts of enemies.